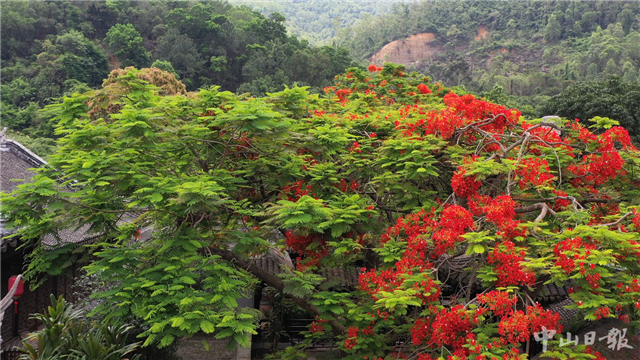 In early summer, Zhongshan is decorated with Delonix regia, also known as the flame tree, whose flowers are in full bloom. Delonix regia is Zhongshan's city tree. 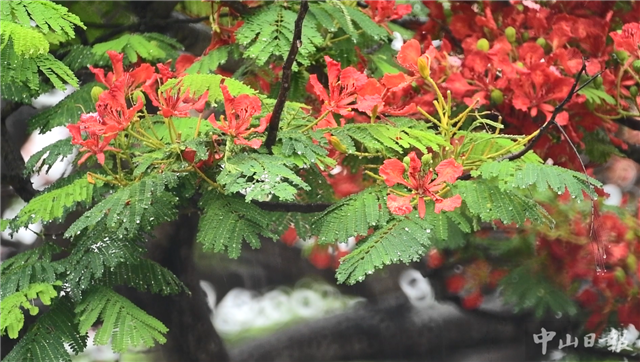 From the small parks on street corners, where people and cars busily pass through, to the unknown mountains, forests and river banks, the flowers of Delonix regia bloom aggressively like the fiery temperament of early summer, sowing seeds of great hope in Zhongshan city. 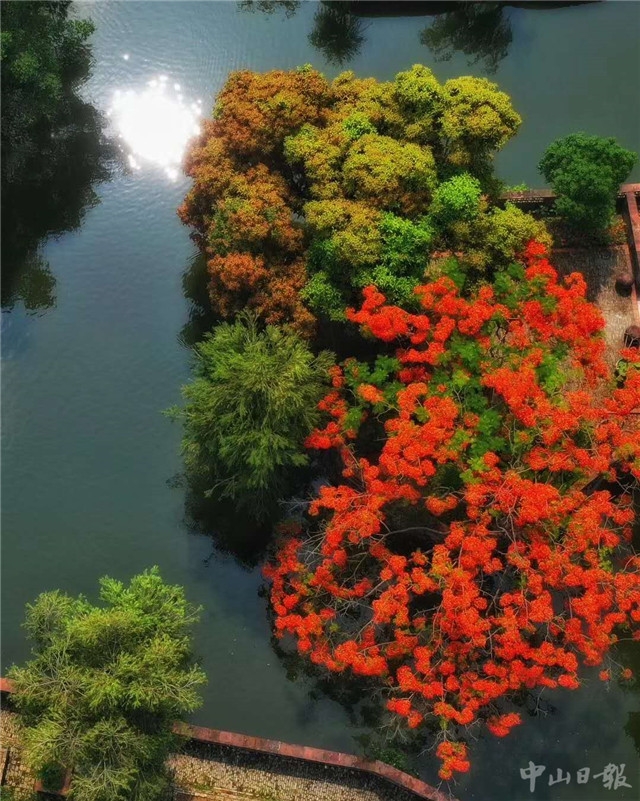 Delonix regia is renown as one of the most colorful trees in the world. It originates from Madagascar and tropical Africa. It has been cultivated in Zhongshan for more than 100 years. 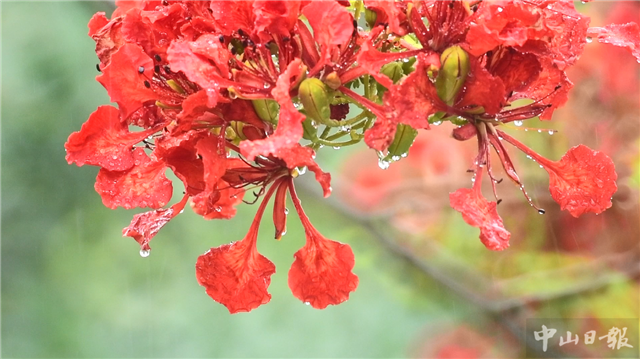 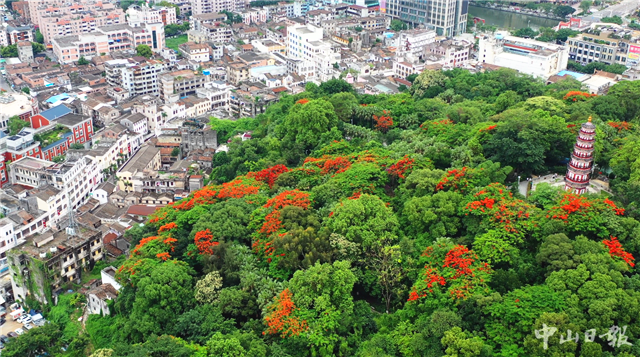 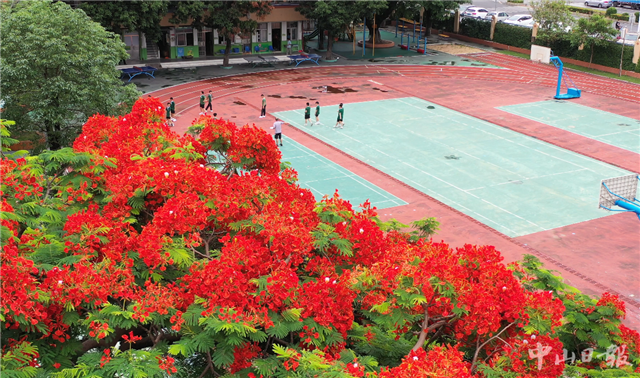