The whole country was celebrating the 72nd anniversary of the founding of the People's Republic of China.

Bright-coloured five-star red flags were hung in a single line in the streets and alleys across Zhongshan City, and fascinating flowers were in full bloom. Government departments, enterprises and residents' homes were also decorated with five-star red flags. 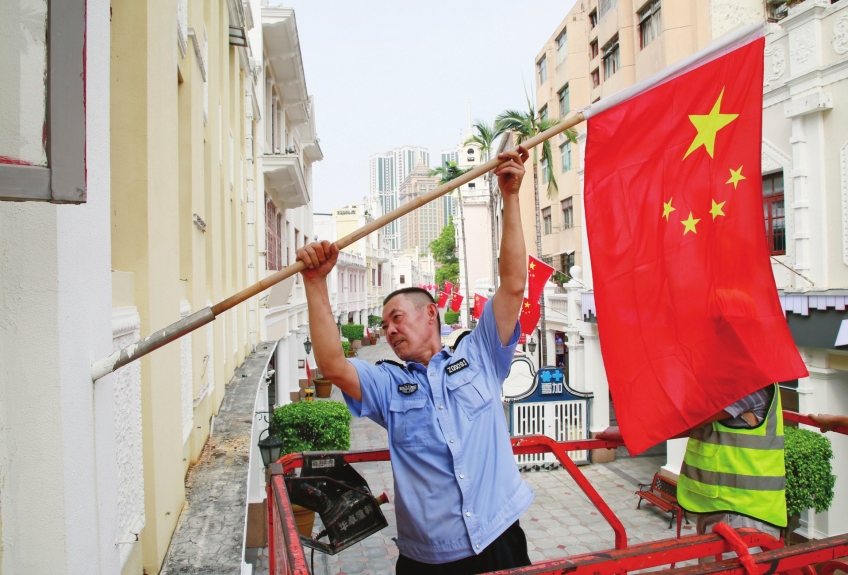 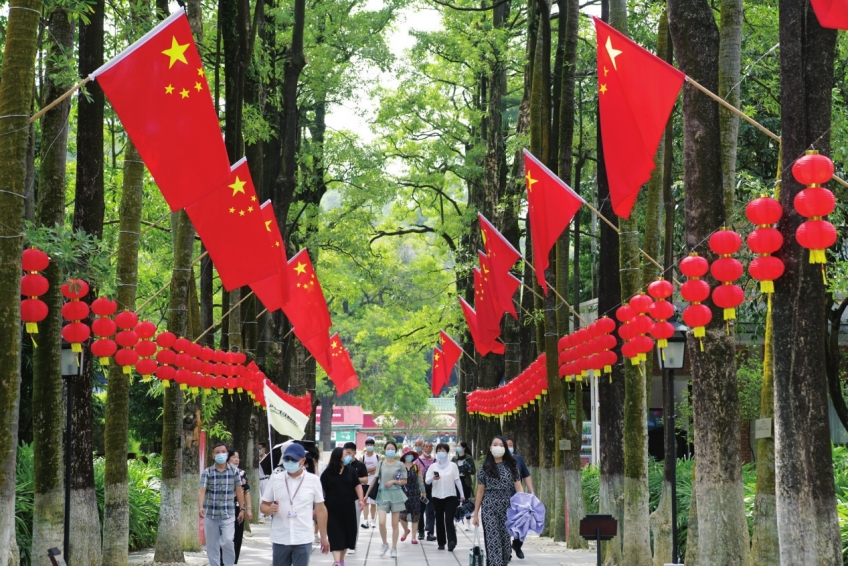 The Former Residence of Dr Sun Yat-sen was decorated by five-star red flags and red lanterns. [Photo by Miao Xiaojian] 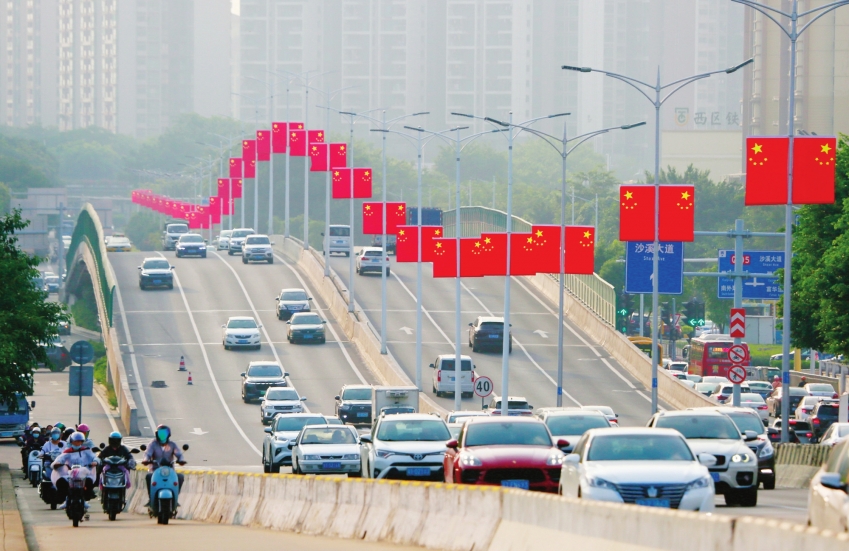 A "five-star red flag belt" was soaring like a red dragon over Bo'ai No.1 Road. [Photo by Yu Zhaoyu]

Bright-coloure national flags were hung on both sides of Kangle Avenue in Torch Development Zone. [Photo by Miao Xiaojian] 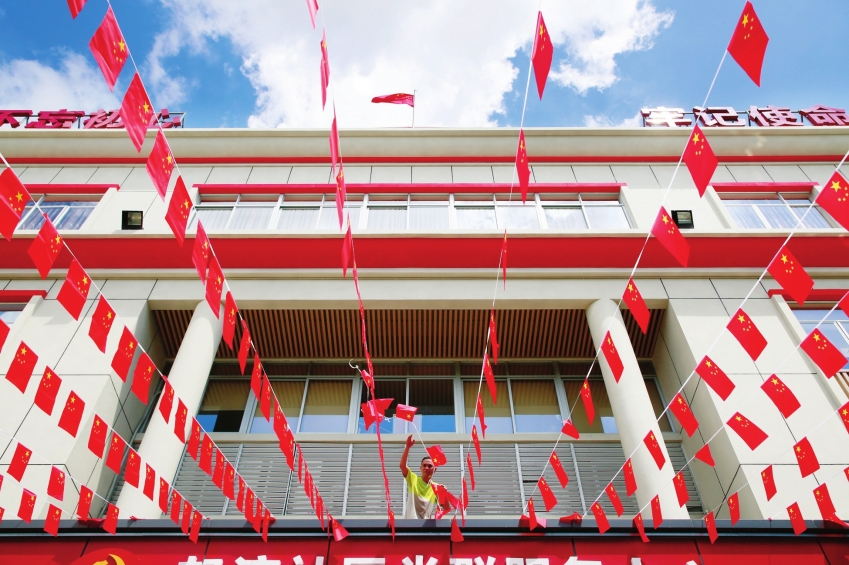 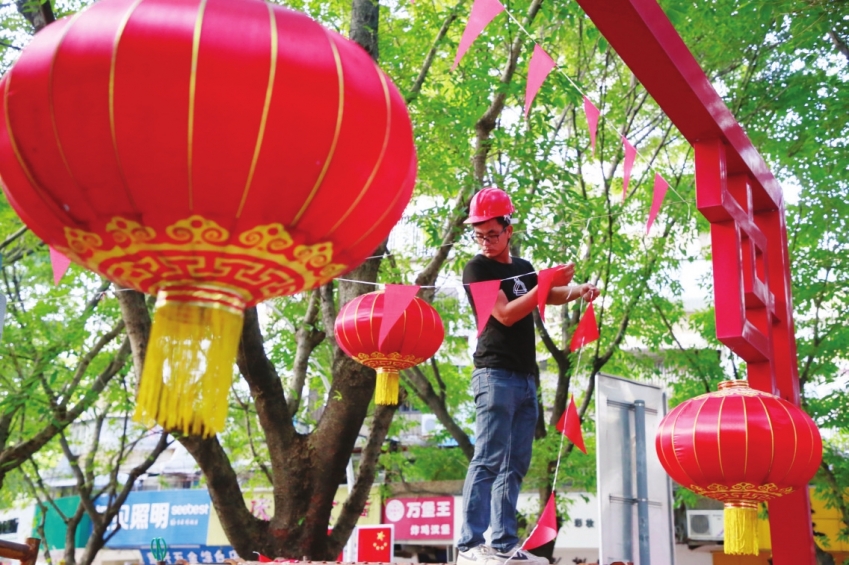 A staff member was hanging colored flags in a street park in Huayuan Community. [Photo by Yu Zhaoyu]