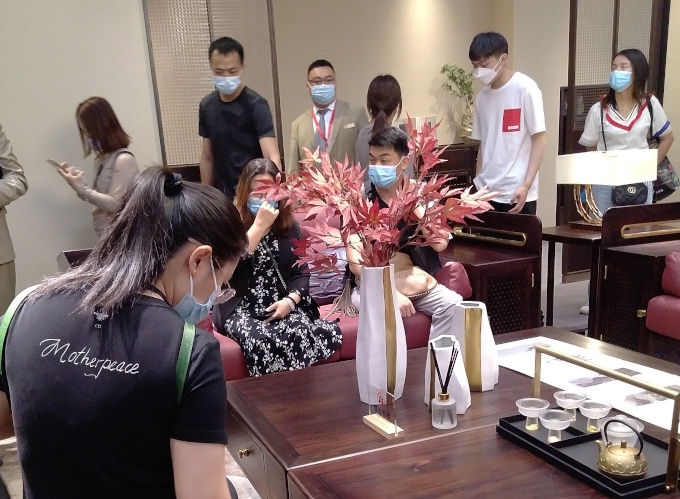 The 47th China (Guangzhou) International Furniture Fair (CIFF) was held at the Canton Fair Complex from March 18 to 21. The Zhongshan Furniture Chamber of Commerce and other business associations in Zhongshan organized product displays for more than 20 member companies, including Four Seas Furniture, Jongtay Group's HO YAN, and UMUP HOME.

"Overseas clients couldn not come because of the epidemic, so everyone was worried that there might be few merchants coming to this year's fair, and furniture manufacturers mainly engaged in the export business were reluctant to even come to the fair. However, the organizers set up resources for exhibitors, so that both domestic customers for construction and home furnishing and agents for overseas merchants were attracted," said Li, marketing director of a furniture enterprise in Banfu Town, said on the morning of March 22.

To help buyers understand the local strengths in R&D and production, many Zhongshan exhibitors also rented buses to commute from the exhibition venue to their headquarters every day. Many buyers took the buses to Zhongshan to inspect the factories.