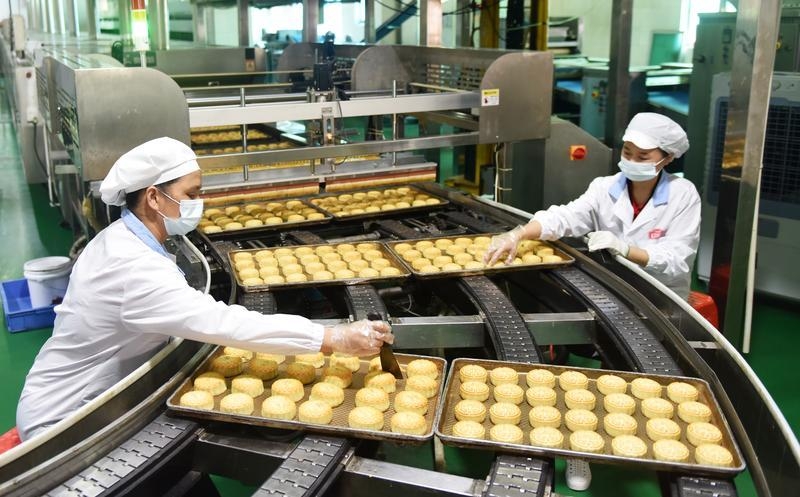 Boxes of mooncakes were packed for export in Zhongshan Riwei Foods Co Ltd.

"This year, most of the company's mooncakes, mainly with traditional flavors, are exported to Australia and Netherlands. Despite the rising material costs, the order volume has been growing steadily and is up about 10% from last year," said Liang Zhishen from the R&D department of Riwei Foods.

Affected by the COVID-19 pandemic, countries and regions around the world have strengthened the regulation of food imports and exports, putting immense pressure on the export business of mooncake manufacturers in Zhongshan. However, order volumes and export volumes have both surpassed expectations.

From January to August this year, about 877.9 tons of mooncakes were exported under the supervision of Zhongshan Customs, with a total cargo value of 72.689 million yuan, up 100.9% and 107.8% respectively from a year earlier.

According to Zhongshan Customs, Zhongshan-made mooncakes leads China for the 16th straight year in export volume and are sold in over 30 countries and regions around the world. This year, they also entered into 3 new markets including Papua New Guinea, Brunei and Mauritius.