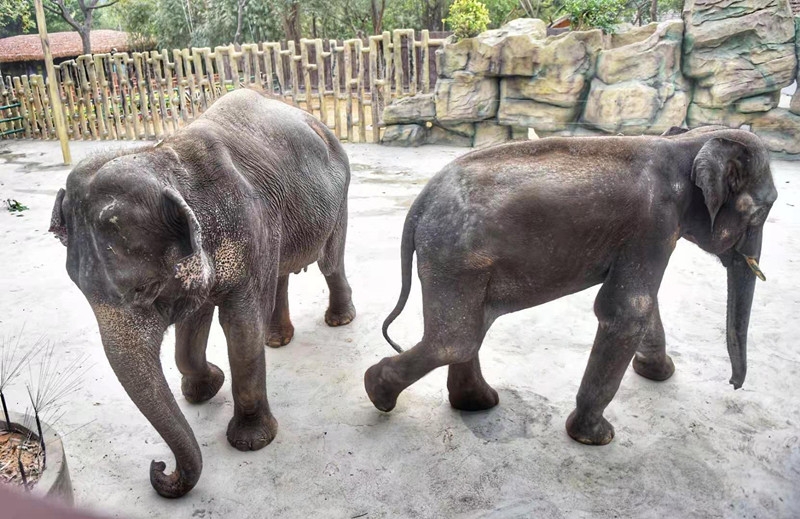 Zimaling Zoo set up a new elephant house in the herbivore animal area, and two Asian elephants, named "Duomi" and "Dayun", met Zhongshan citizens for the first time on February 9.

The two elephants previously lived in Shenzhen Zoo. Duomi is a female elephant in her 30s weighing over 4 tons and over 2 meters tall. Dayun is a 10-year-old male. "Elephants' lifespans are similar to that of human beings. An adult elephant eats more than 300 kilograms of food a day." According to the elephant breeder, Asian elephants can adapt to warm climates, but they can not be exposed to the sun for a long time in summer, and they need to be sprayed with water regularly to cool down.

"At present, there are more than 30 animal varieties in Zimaling Zoo, including giraffe, white tiger, zebra, ostrich and red panda." Wu Xuandong, director of the zoo, introduced that during the Spring Festival, a colorful world filled with over 10,000 pinwheels would also be shown in Zimaling Zoo.