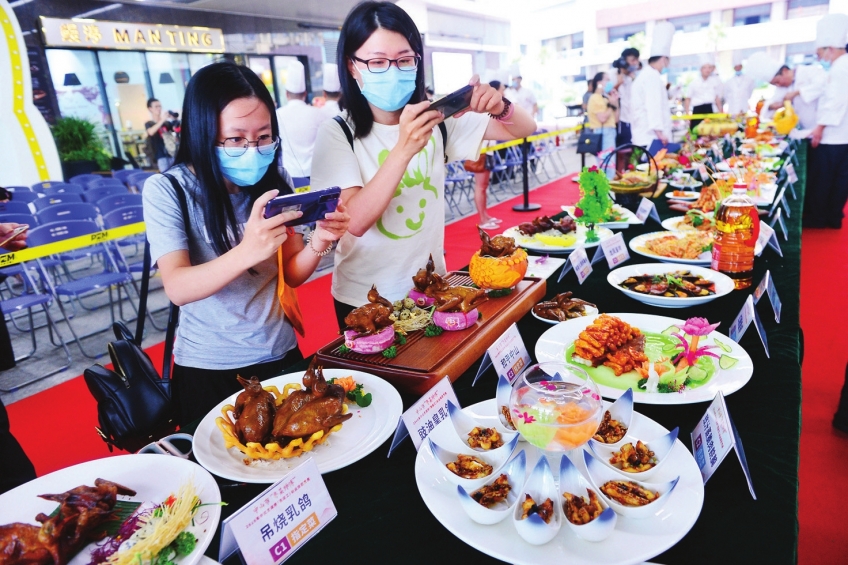 The 2020 Chinese Cook (Senior Technician) Vocational Skills Competition, an activity of the "Cantonese Cuisine Master" program, was held by the Zhongshan Human Resources and Social Security Bureau on September 22 at Perfect Eagle Mall.

The competition attracted 88 chefs from nearly 50 restaurants in Zhongshan. They were required to complete a designated dish with squab as main ingredient and an optional dish within 90 minutes.

"The chefs from Zhongshan are all masters of cooking squab. They integrated various spices into the traditional cooking methods to create bold new tastes," said Zheng Yaorong, president of the Zhongshan Cuisine Association and chief referee of the competition.

The winners received a certificate issued by the organizer and a bonus cash prize from the Shiqi Federation of Trade Unions. At the same time, all 88 contestants obtained a level-3 professional certificate of Chinese cook (senior technician) issued by the Zhongshan Human Resources and Social Security Bureau.