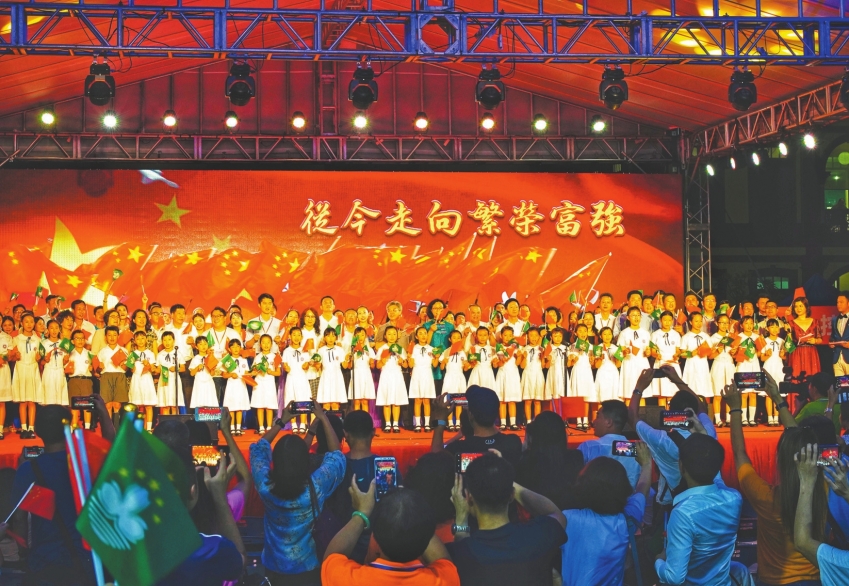 The event was held in the morning and evening sections. The Dragon and Lion Dance Eyes Dotting Ceremony took place at 10:30 am. This ceremony was followed by a ribbon-cutting ceremony, the launch ceremony of the "Collection of Literary Works Celebrating the 20th Anniversary of Macao's Return to the Motherland" and the launch ceremony of the "Zhongshan Macao Youth Video Competition".

The opening ceremony of the first Zhongshan Cultural Festival of Macao was organized in Macao at 6 pm. Qiu Shuhong, Chairman of CPPCC Zhongshan Committee, and Zheng Zhiqiang, Chairman of the CPPCC Membership Association of Zhongshan in Macao, said at the opening ceremony that the event aims to make Zhongshan people who live and work in Macao know more about the development and spirit of their hometown, as well as cultivate their sense of patriotism, love for Macao, and love for their hometown.

Art troupes from Zhongshan and Macao also made splendid performances at the opening ceremony.