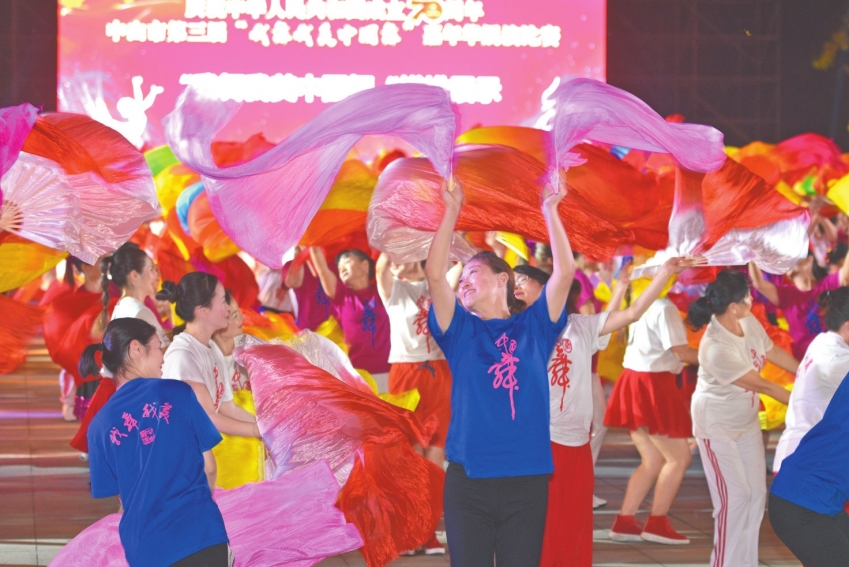 A total of 600 people of 22 teams from townships, schools and dance associations attended the competition and performance, thus attracting a large number of people.

Since 2013, the "Beautiful Chinese Dance" project has been highly valued in Zhongshan. Over the past six years, the Zhongshan Dancers Association, led by best-known dancer Professor Zhu Dongli, has created seven Chinese-style group dances.

In addition, the project has also been promoted in Beijing, Liaoning Province, Shandong Province, among other places.