Exercise brings more joy to people's life. Many people stayed put in Zhongshan for the Spring Festival making for a livelier city. Citizens enjoyed the outdoors, exercised in gyms, and danced in the main squares in Zhongshan.

On January 4 of Lunar Calendar, more than 20 young skateboarders went to Zimaling Park to learn from each other and prepare for the 16th Games of Guangdong Province. [Photo by Wen Zhicheng]

From January 1 to 6 of Lunar Calendar, many teenagers were attracted to the rock climbing site of Jinzhong Camp in East District. [Photo by Wen Zhicheng] 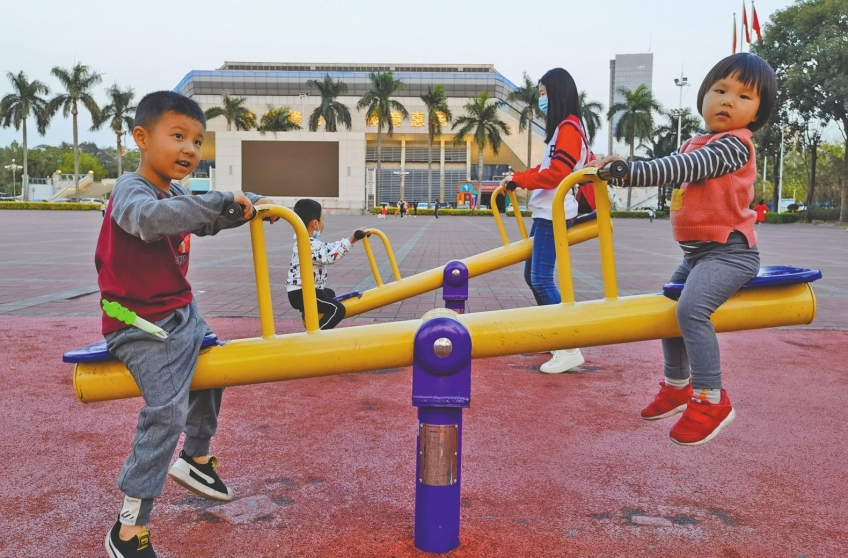 Seesaws at the national fitness square are favorite among children. [Photo by Xia Shengquan] 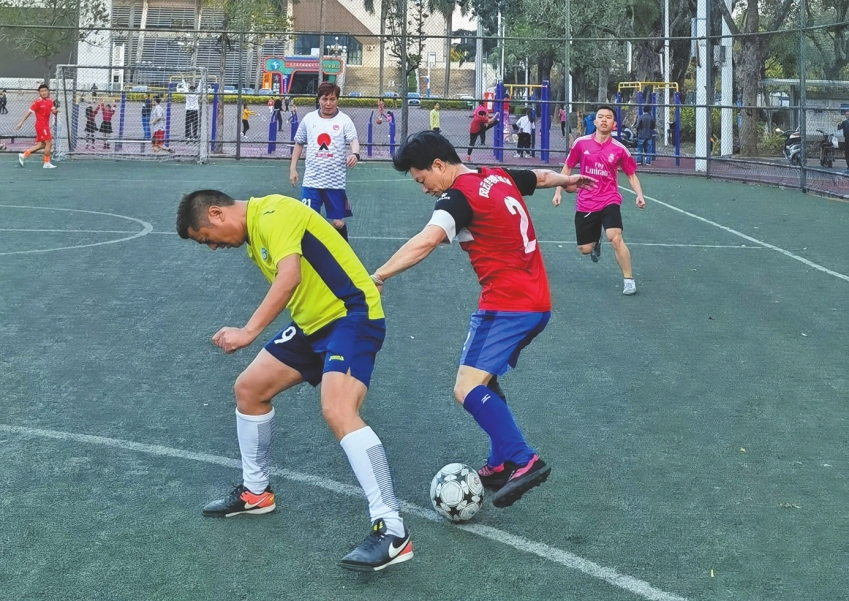 Every day during the Spring Festival holiday, there are football fans playing football in Xingzhong Football Field. [Photo by Xia Shengquan] On the afternoon of January 6 of Lunar Calendar, residents play basketball at a community basketball court in Torch Development Zone. [Photo by Wang Yun]