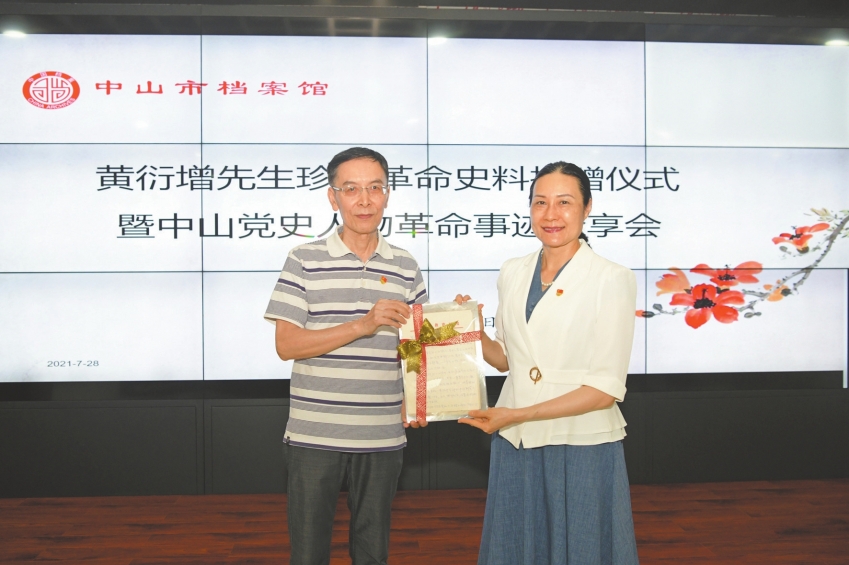 At the donation ceremony, Chen Lan, director of the Zhongshan Archives, received the materials and presented Huang Yanzeng with a donation certificate and a commemorative album.

Chen stated that the Zhongshan Archives will properly preserve these materials so as to provide experts and scholars with support in studying and promoting Zhongshan's revolutionary history in the future. The letters and documents are expected to be made available to the public after receiving Huang's consent.