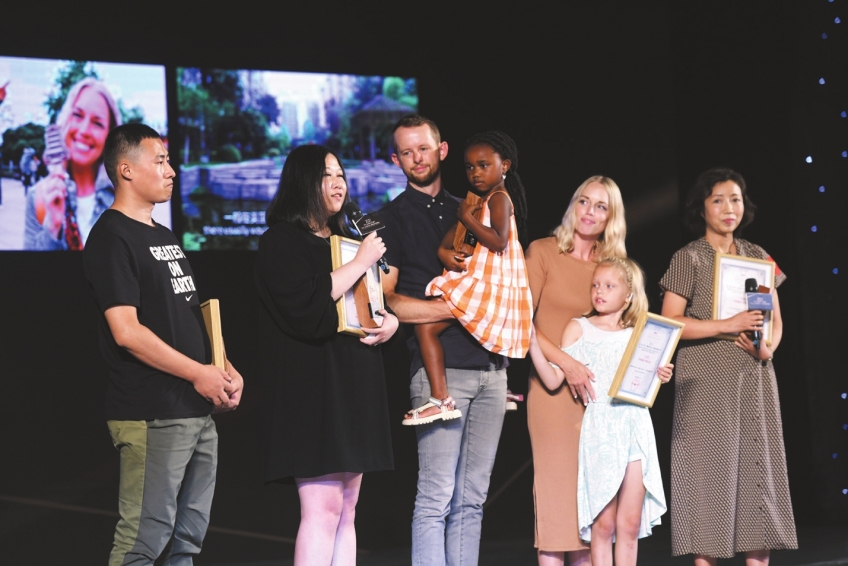 The award ceremony of "My China Story" the 3rd International Short Video Competition was held in Zhongshan on the evening of September 14.

The competition received over 100,000 entries from all over the world, covering more than 10 languages including English, Russian, German, French, Japanese and Korean. Over 60 outstanding works were selected, and the awarded videos came from 56 groups and individuals across 25 different countries and regions.

Zhongshan Daily's "Exploring World-class Mega Project - ShenZhong Link" won the first prize of the Lingnan Culture, Greater Bay Area topic, while Zhongshan Broadcasting & Television Station's "The Road of Miracles in China: From Guangdong to Xinjiang" won the second prize; Zhongshan Daily's "Rowing a dragon-boat VS making parcels: Which is trikier?" was awarded the Outstanding Award; the Publicity Department of the Municipal Party Committee of Zhongshan's "I'm in Zhongshan" won the Organizing Committee Award.

Professor Luo Jun from Beijing Normal University, also associate president of the Academy for International Communication of Chinese Culture of Beijing Normal University, said that it was of special significance to hold the award ceremony of "My China Story" the 3rd International Short Video Competition in Zhongshan. He added that over 100 years ago, Sun Yat-sen went abroad from here, bringing about changes of ideas and politics when he returned to China. "My China Story" expresses the stories told by the world about China, and Zhongshan now plays the role of a liaison for the exchange between China and foreign countries.

Zhongshan is one of the birthplaces of Lingnan culture and is the home to over 1 million overseas Chinese and citizens from China's Hong Kong, Macao and Taiwan. In 2020, Zhongshan was named one of China's top 5 prefecture-level cities with the highest overseas influence.