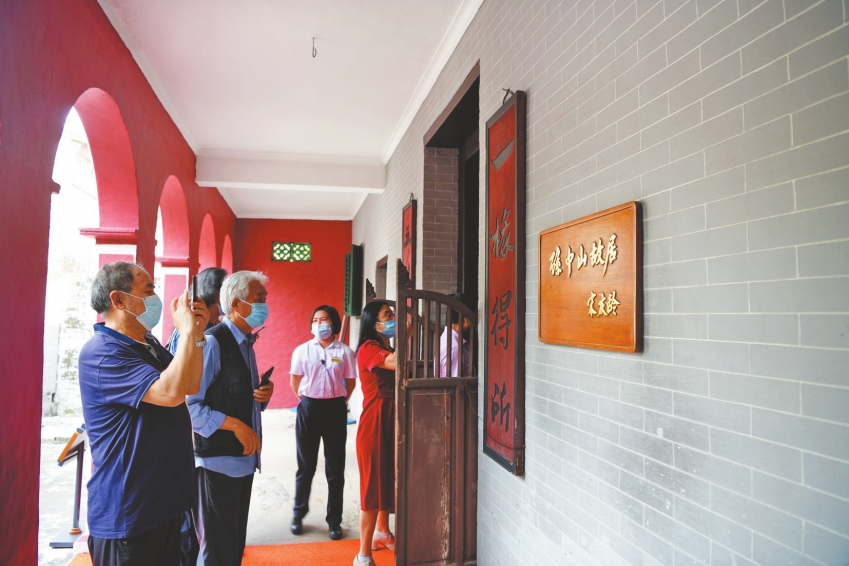 With the theme of "Better Life in Grassroots Tour", a field survey and creation activity was launched in Nanlang District on September 26 to visit creation practice bases of "Well-off Society Models" in Zhongshan.

Literary masters from all over the country visited the former residences of Sun Yat-sen and Yang Yin, where they experienced the great man's aspiration of "the whole world is one community" and Yang Yin's revolutionary spirit of "defending the faith with lives".

They also admired the beautiful rural scenery and enjoyed the charm of rural culture revitalization in Yakou, Zuobu and Chadong villages.

Liu Zhaolin, a presidium member of the China Writers Association and honorary chairman of the Liaoning Writers' Association, had developed a keen interest in Sun Yat-sen Culture. He hoped that he could explore the inheritance and innovation of Sun Yat-sen's spirit in modern times by observing Zhongshan's development of a well-off society during the trip.

This tour will last for 4 days. The survey team will also go to Zhongshan Hot Spring Resort, Luosanmei Mountain, Guinan Village and other places in Zhongshan.