Flag-raising ceremonies were held in colleges, middle and primary schools and kindergartens in Zhongshan on September 30 to celebrate the 70th Anniversary of the Founding of the People's Republic of China, with a total of 700,000 teachers and students participating. 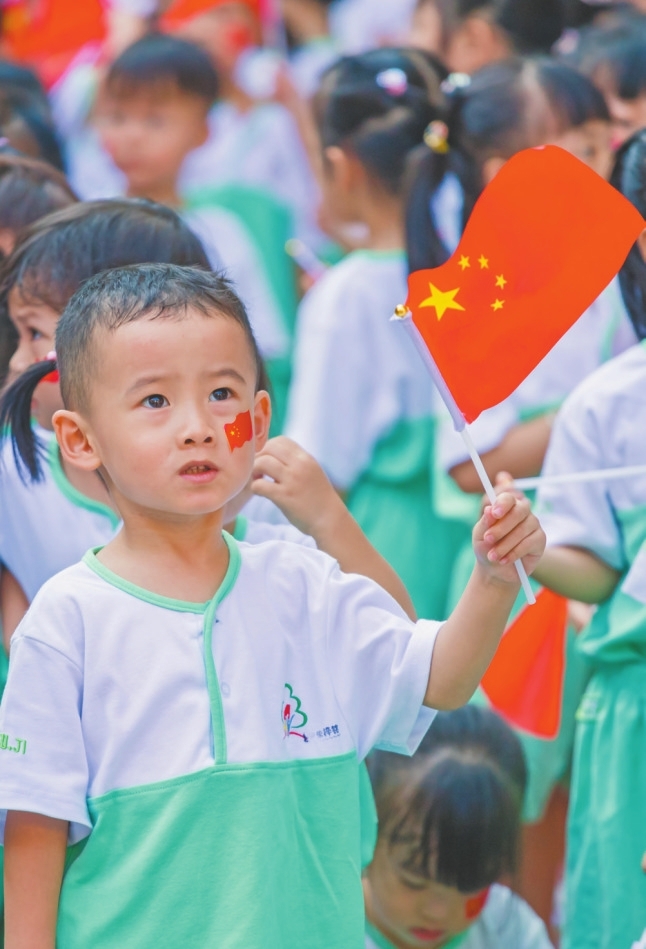 Zhongshan Municipal No.1 Kindergarten organized a grand ceremony to raise the national flag on September 30. [Photo by Yang Weijian] 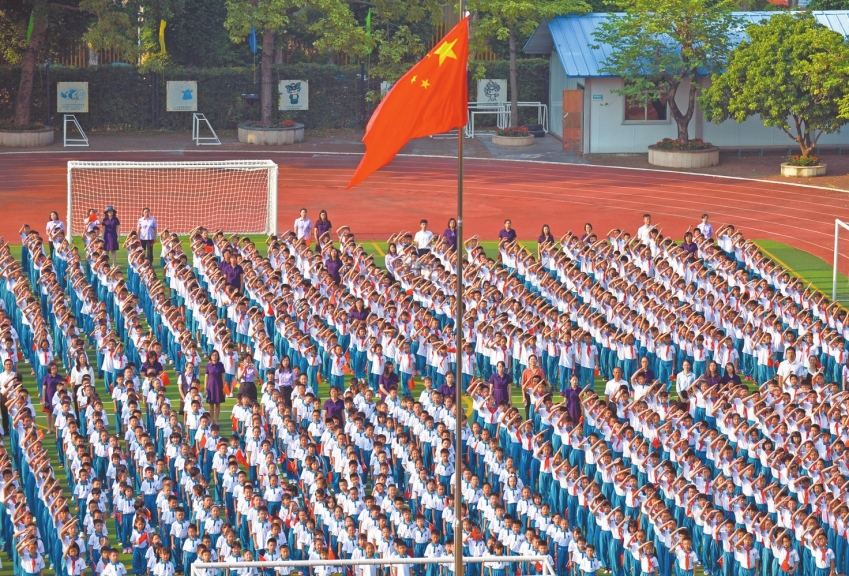 About 2,000 teachers and students of Zhongshan Experimental Primary School gathered at the playground to attend the flag-raising ceremony. [Photo by Li Xusheng] 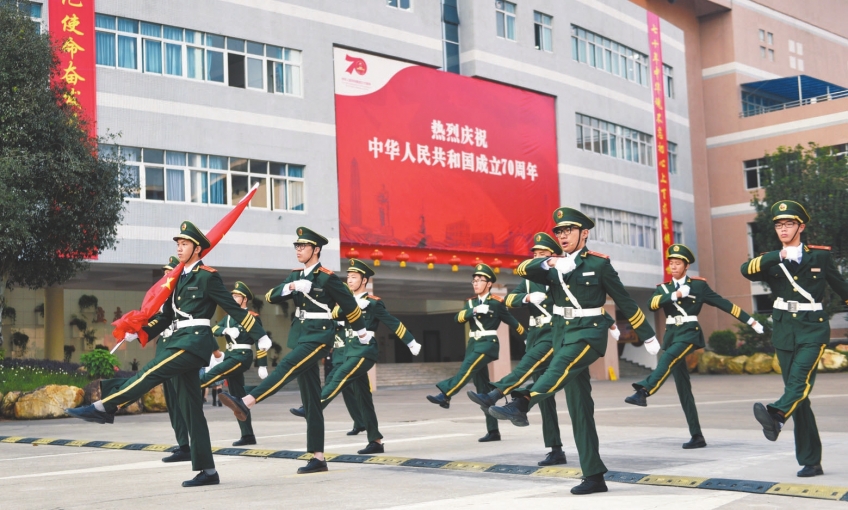 The national flag guards of Zhongshan No. 1 Middle School. [Photo by Wen Bo and Miao Xiaojian] 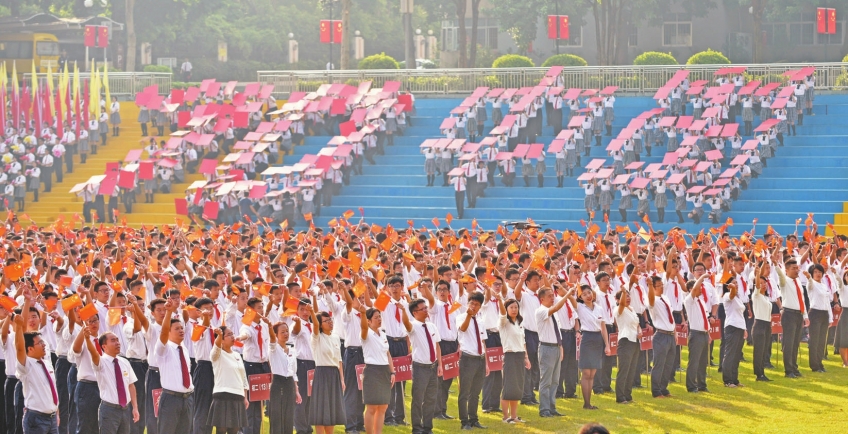 All the teachers and students of Zhongshan No. 1 Middle School waved the red flags and sang "Me and My Motherland", "The Red Flag Waving" and "Ode to the Motherland". [Photo by Wen Bo and Miao Xiaojian] 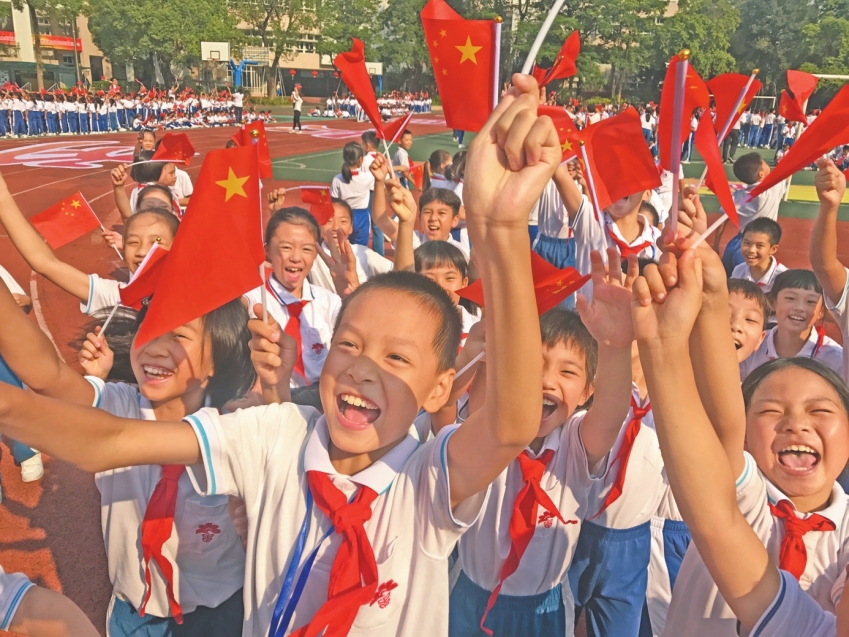 Zhongshan Shiqi Central Primary School organized a flag-raising ceremony on September 30 to warmly celebrate the 70th Anniversary of the Founding of the People's Republic of China. [Photo by Yu Jun] 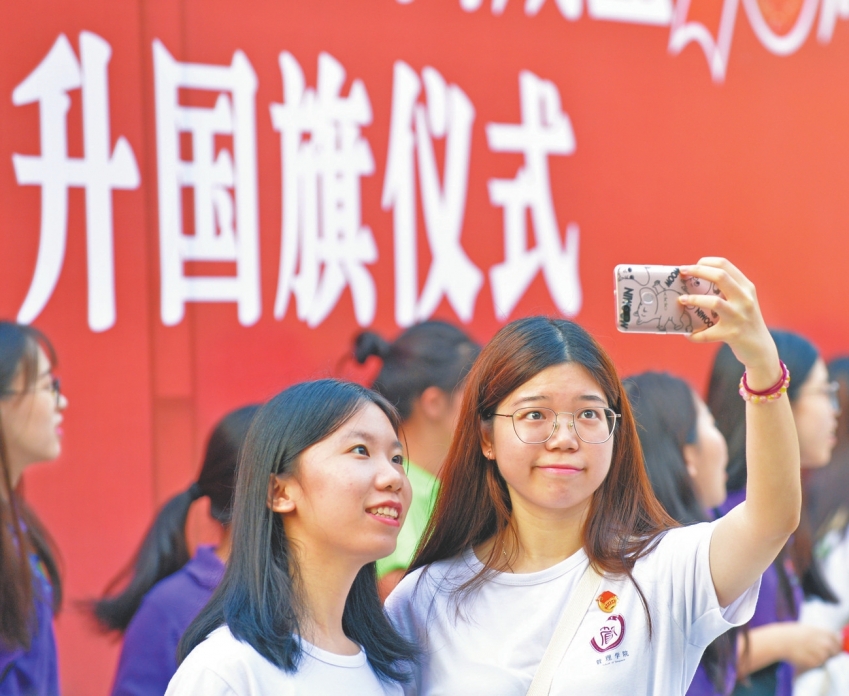 Students taking pictures in front of the backdrop panel after the flag-raising ceremony at the south gate square of UESTC, Zhongshan Institute. [Photo by Li Xusheng] 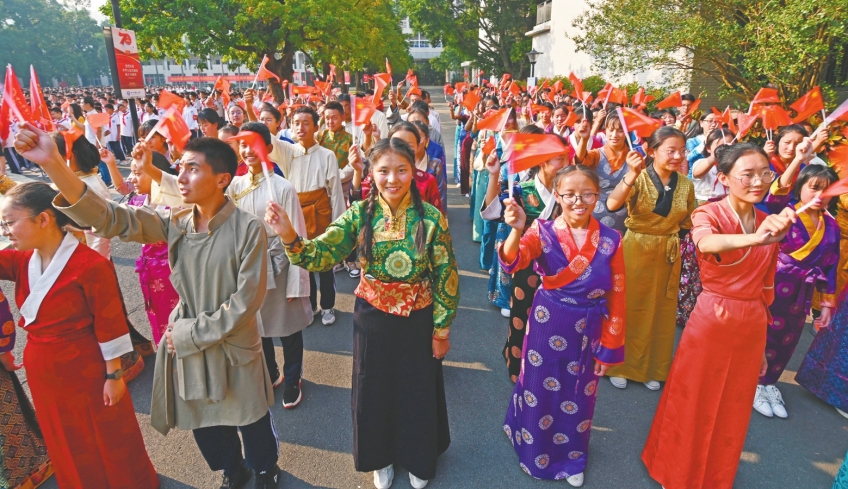