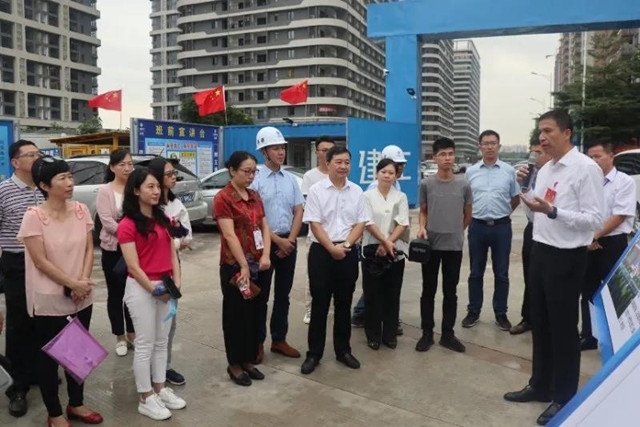 A group of deputies to people's congress of Guangdong and Zhongshan on October 13 visited Baiyuan Primary School and Changjiang Primary School (currently under construction) in East District to investigate and inspect the implementation of the "Proposal on Promoting the Construction of Public Primary and Secondary Schools and Optimizing the Allocation of Educational Resources".

Currently, East District has invested 4 million yuan to reinforce and renovate Baiyuan Primary School. The new campus has been in use since September 1, with 8 rebuilt classes and a new enrollment capacity 400 students higher than before. At present, there are 8 public primary and secondary schools in East District with more than 16,000 students combined.