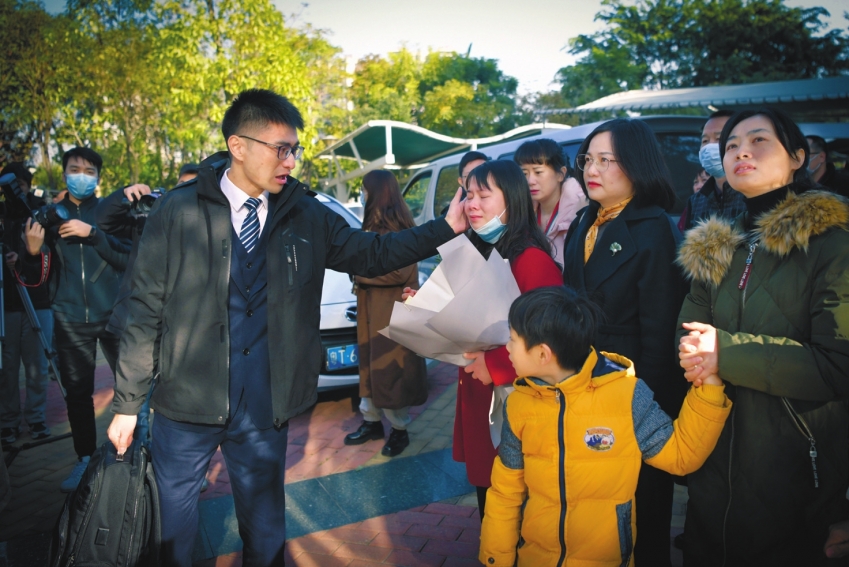 Zhongshan is nearly half of the earth away from the Republic of Equatorial Guinea, a country in Central and Western Africa. Since the 1970s, groups of medical staff from Zhongshan have been dispatched to aid Africa.

On January 12, Guangdong's 31st medical team to the Republic of Equatorial Guinea set off from Zhongshan to carry out an 18-month medical assistance mission.

On the evening of January 11, several outdoor advertising facilities such as electronic signs, billboards, LED screens and bus stops broadcast posters of the medical team members to pay tribute to them.