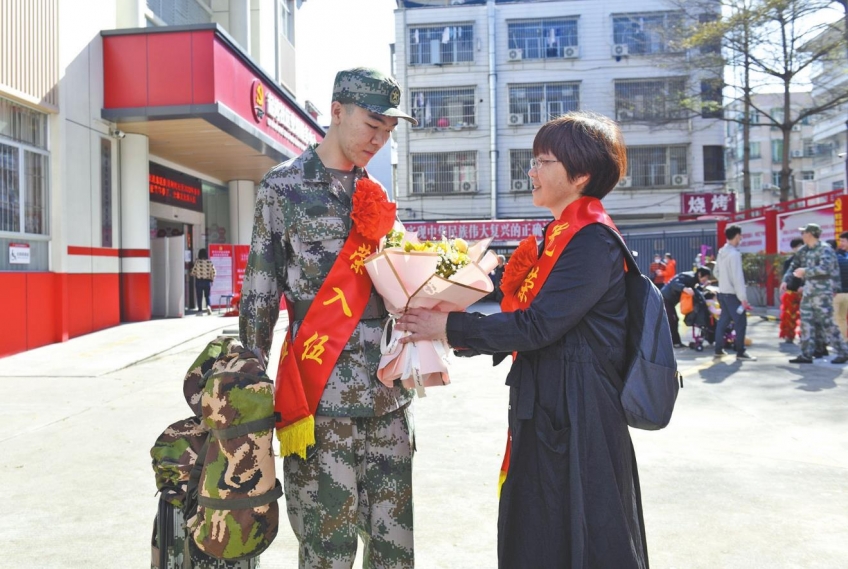 A cheerful sound of gongs, drums and applause filled the air during a farewell ceremony held for new recruits in Qiwan Community, East District on March 8. After strict physical examination and political review, two outstanding young men in Qiwan Community were enlisted join the army and become soldiers.

Zhongshan has fulfilled its recruitment goals for the first half of 2022. From now on, more than 300 qualified prospective recruits from across Zhongshan will undergo pre-service training at Zhongshan Training Base for National Defense Education, and the new recruits will ship out to military camps from March 16.