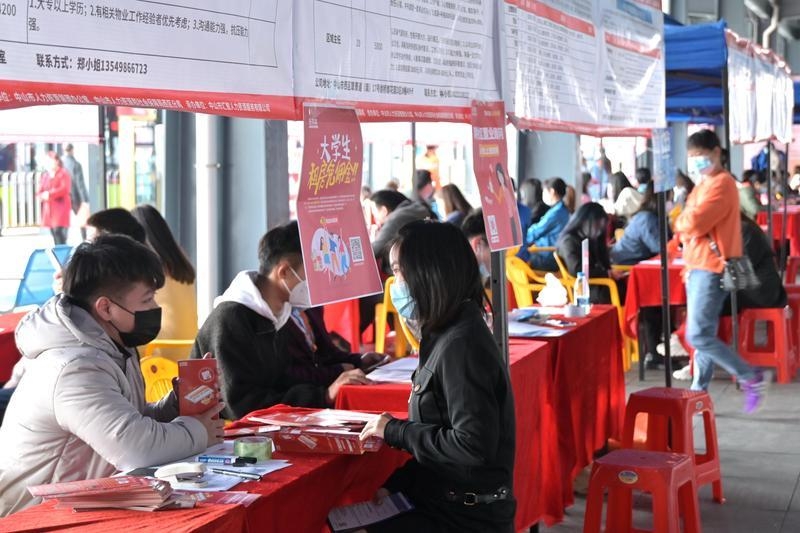 Data show that 6,300 people were newly employed in Zhongshan, 1,100 were reemployed, and about 200 with employment difficulties were employed as of the end of February.

In February, the number of new jobs in the primary, secondary, manufacturing, tertiary, wholesale and retail, and accommodation and restaurant industries were 338, 39,440, 37,561, 29,266, 3,649, and 1,958 respectively. The proportion of the demand for labor force in the primary and secondary industries increased, while the opposite was true for the tertiary industry.