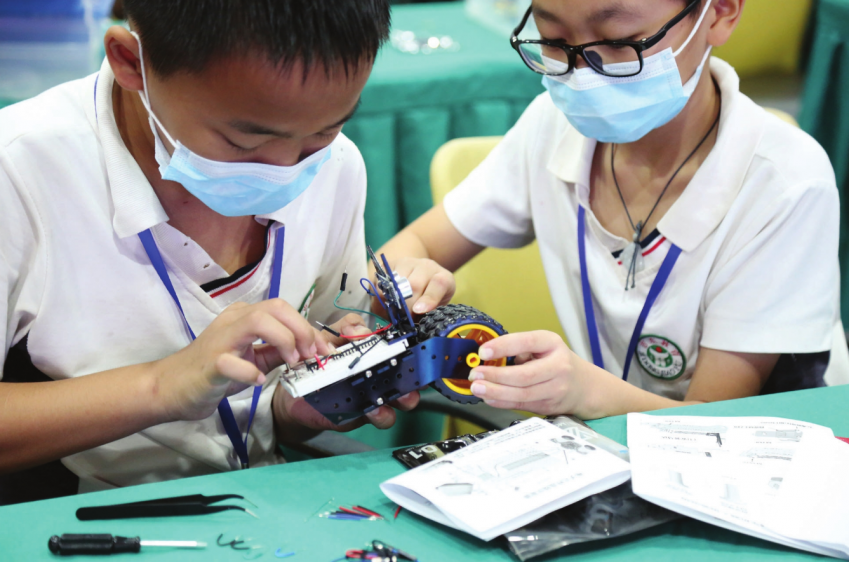 The 2022 Guangdong Creative Robot Competition (Zhongshan Division) was held on May 27 at the Zhongshan Youth Activity Center, with 35 teams from across Zhongshan showing off their creations.