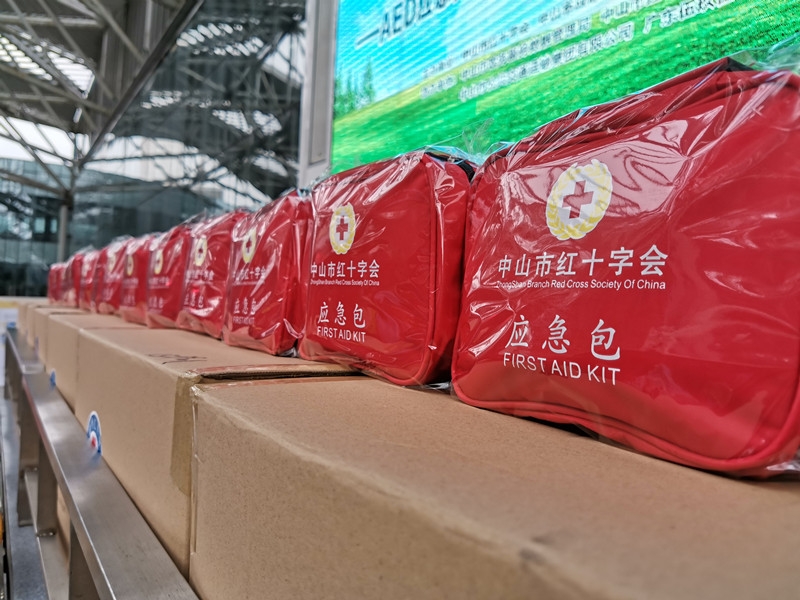 May 12 marked the National Disaster Prevention and Reduction Day. On that day, the launching ceremony for the Zhongshan AED Emergency Rescue Station and Public Bus Emergency Kits was held in Zhongshan Expo Center.

It is reported that the Red Cross Society of China's Zhongshan Branch installed 30 AEDs for emergency rescue units in places such as the Zhongshan Public Service Center, National Fitness Square and schools, and provided 3,000 emergency kits for the buses of Zhongshan Public Transportation Group.

The Zhongshan Branch Red Cross Society of China revealed that this batch of AEDs would be wired to the 120 Emergency Medical Center. When using this device, the emergency information would be immediately sent to medical institutions, which would dispatch medical personnel to the scene as soon as possible.