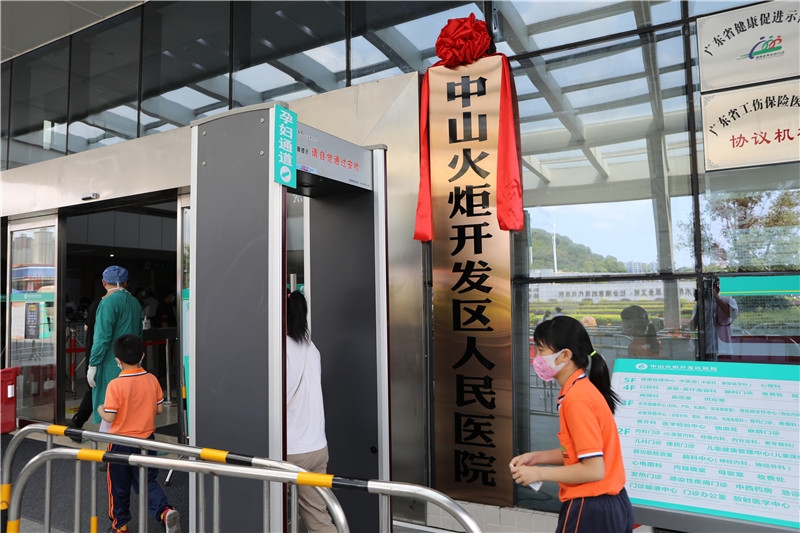 Torch Development Zone Hospital was founded in 1921. In May 2016, the hospital moved to a new site and was built according to the standards of first-class general hospitals with a total investment of over 1 billion yuan. The new hospital covers an area of 186 mu, with a total construction area of nearly 120,000 square meters, 1,050 beds and 1,100 parking spaces. There are nearly 1,000 employees in the hospital, with 42 technical and clinical disciplines and 18 functional departments. The hospital was approved as a First Class General Public Hospital in 2020.

At the unveiling ceremony, Chen Qing, vice president of Guangdong Sports Hospital, and Zhang Hongtao, president of the Zhongshan People's Hospital of Torch Development Zone, signed a cooperation agreement on the establishment of a professional clinic.