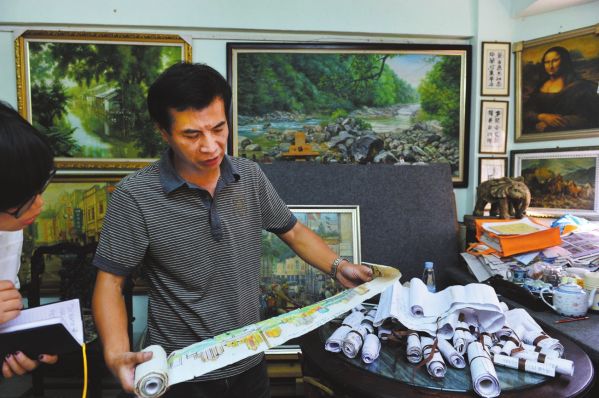 Wu Jinhai was sorting out his mural manuscripts in his painting studio on the afternoon of October 29.

Since 1997 he began to create murals. The “city painter” has completed more than 7,000 square meters of works across Zhongshan. The murals on both sides of Zhongshan Road NO.1, Cuijing Road South and Zhongshan NO.1 Bridge, for example, are all done by Wu Jinhai.

For more than 20 years, Wu Jinhai has decorated the city with his painting brush and witnessed the process of reform and opening-up in Zhongshan. In Wu Jinhai's home, there are dozens of honor certificates recording his contributions.