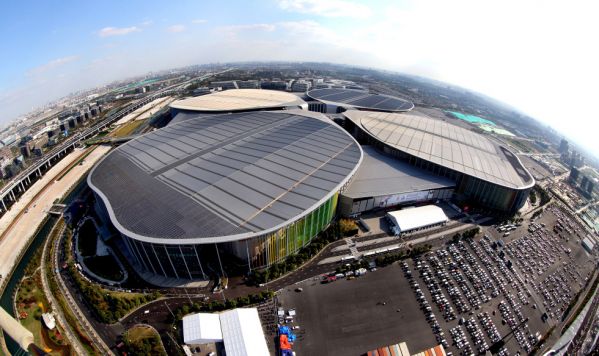 The main venue of CIIE, National Exhibition and Convention Center (Shanghai), is like a clover in shape.[Photo/Xinhua]

According to Zhang Hao, sales director of Huayi, the company finished the lighting project of G20 China in 2016, which was highly praised by China Construction Eighth Engineering Division. In that case, CCEED once again invited Huayi to join the lighting engineering of InterContinental Shanghai Hongqiao NECC this time. The most attracting part of the project fell upon the clover-like crystal lamp in the banquet hall, which was designed basing on the apparent shape of NECCSH and the features of ancient canal in western Shanghai.