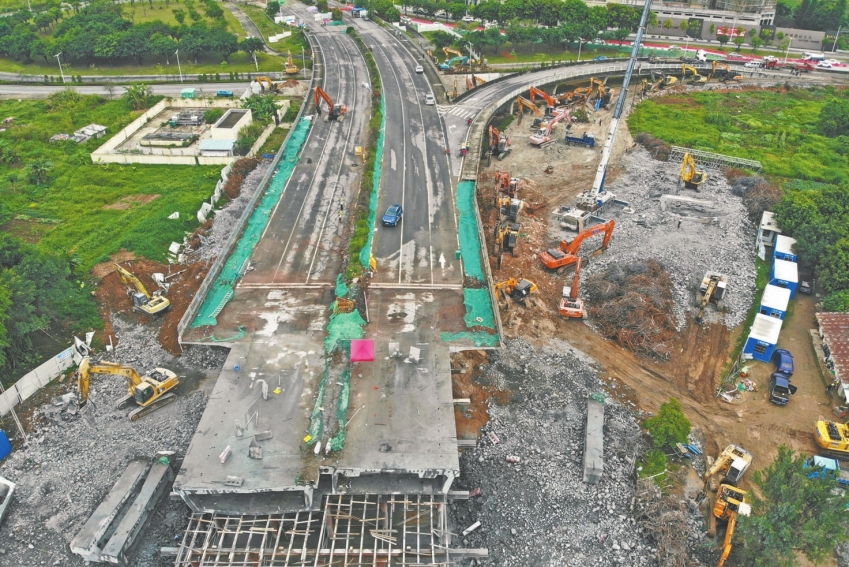 According to the head of the project, the components of the approach span would be demolished in 3 days, and the traffic on Cuijing Avenue will be resumed on May 1.