In 2021, Zhongshan Daily reporters visited every corner of the city and met unexpected people through our cameras. These are the most authentic and moving pictures of our daily life, which, while simple, display the strongest strength of Zhongshan, and its people. 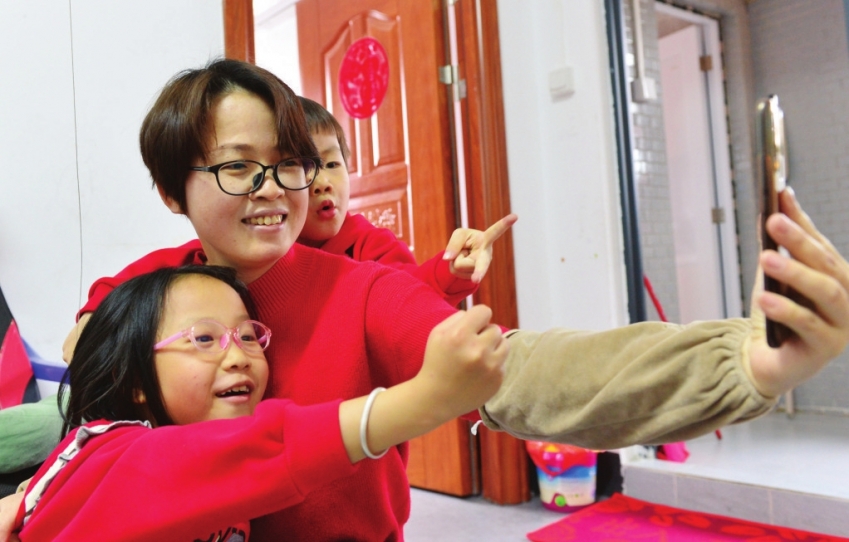 February 11, 2021 marked the Lunar New Year eve. At Richsound Electronic Industrial Park in Gangkou Town, over 90 employees from places outside Zhongshan followed the government's initiative and stayed in Zhongshan for the Chinese New Year. Xiao Pinli, 36, and her two children made a video call with her parents in their hometown. [Photo by Xia Shengquan] 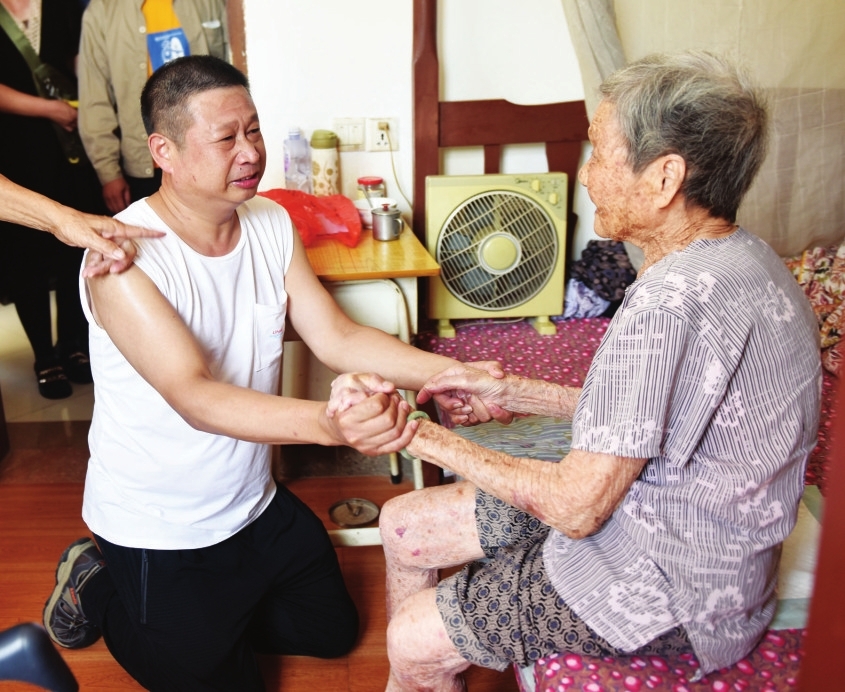 "I came to see you for my father." On the morning of July 23, in Huazhao village, Nanlang town, Lin Jiandong from Liaoning province's Shenyang city, knelt down on the bedside of the 92-year-old Lin Miaojin, and their kinship was finally reconnected after 62 years. Lin Haoqin, Lin Jiandong's father, had never been heard of since he left home in 1959. It wasn't until Tomb-Sweeping Day this year, the Lin's family found his descendants by searching for relatives online. [Photo by Wen Bo] 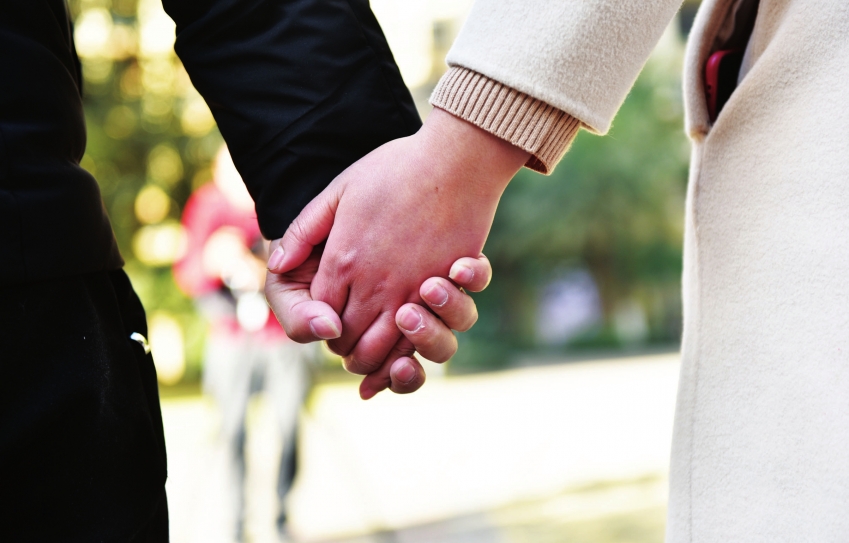 Peng Minmin, the first critically ill patient of COVID-19 in Zhongshan, was treated by Zhong Nanshan through remote consultations. After 60 days of treatment, she became the first patient in Guangdong to recover and be withdrawn from ECMO machine. Peng said that the near-death experience made her family cherish each other more. The picture shows Peng Minmin walking hand in hand with her husband. [Photo by Wen Bo] 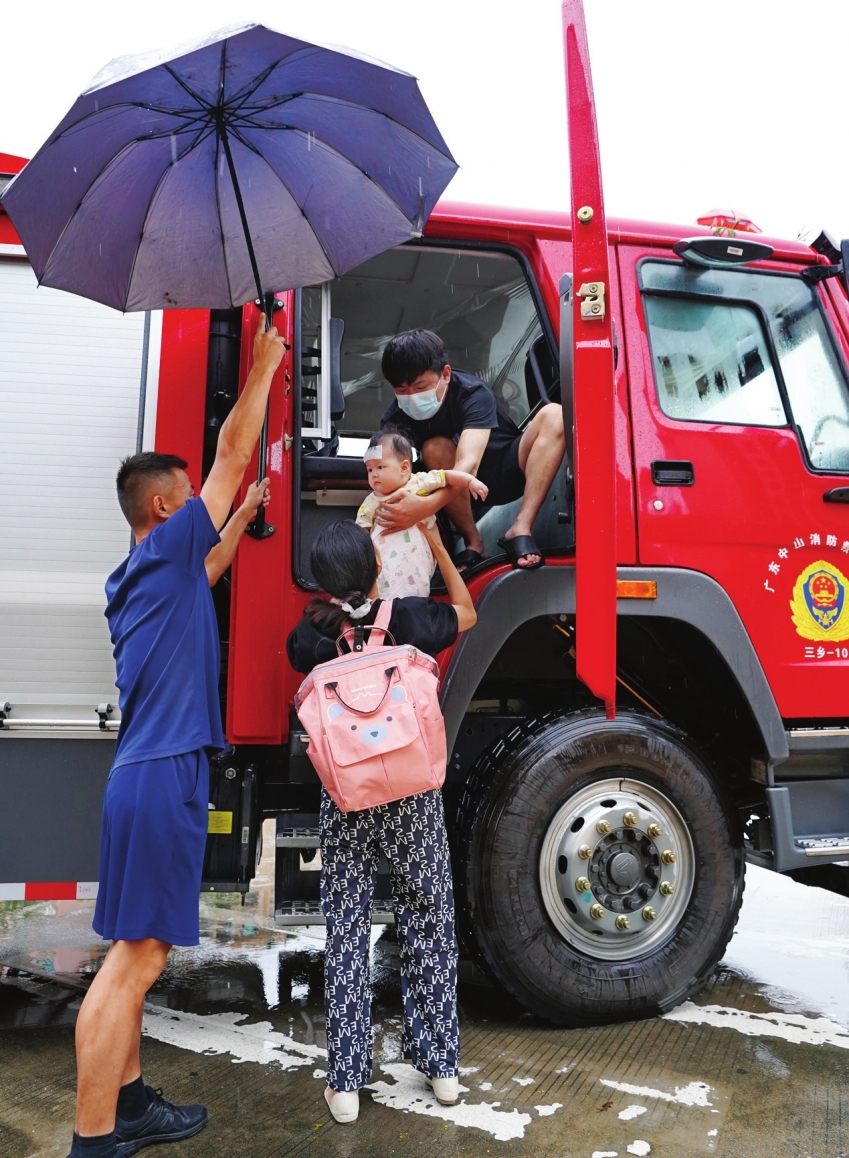 Affected by Typhoon Lionrock, on October 10, continuous heavy precipitation fell in Zhongshan, and many road sections in Sanxiang Town were flooded. Ms Huang's 6-month-old daughter unfortunately had a high fever. The Sanxiang Fire and Rescue Station dispatched a rescue team immediately to escort the child to Sanxiang Hospital for treatment. [Photo by Wen Zhicheng] 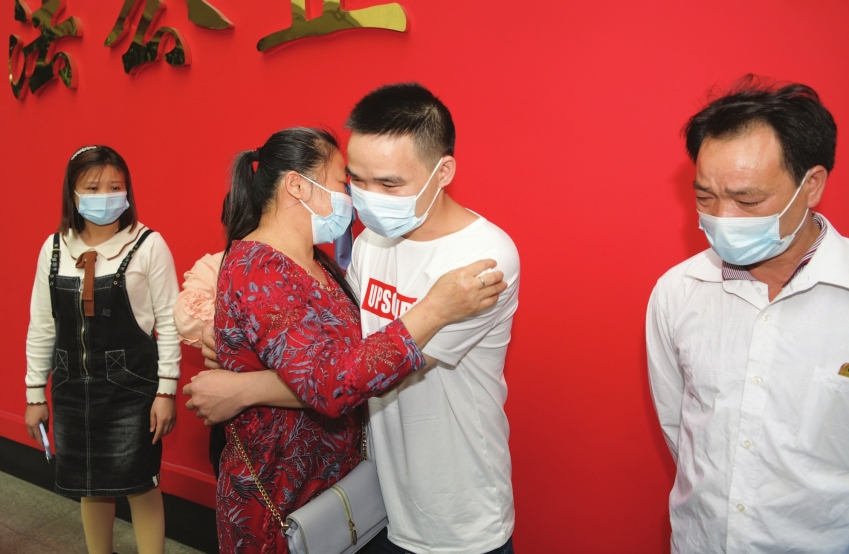 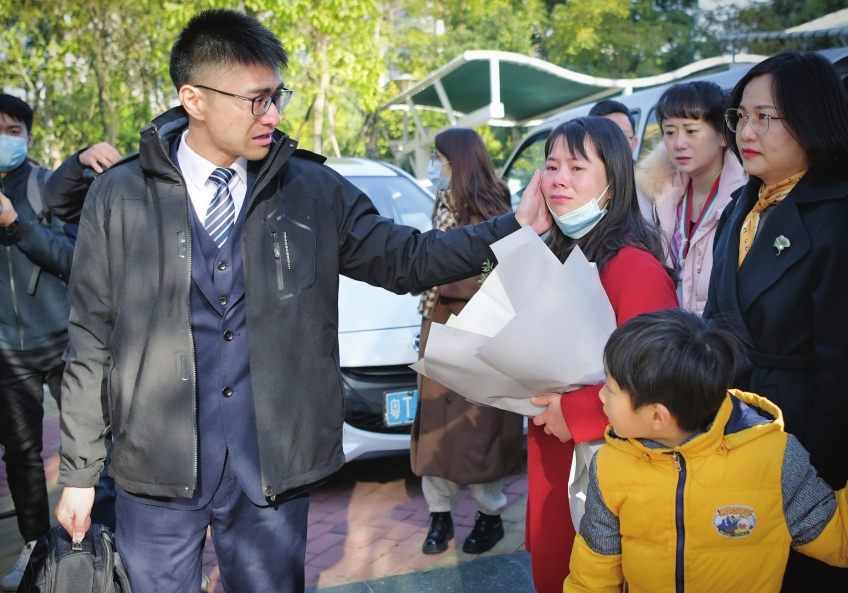 A member of the medical team aiding Africa bid farewell to his wife. On the morning of January 12, the 31st Guangdong Medical Team to the Republic of Equatorial Guinea set off from Zhongshan for an 18-month medical assistance program. [Photo by Miao Xiaojian] 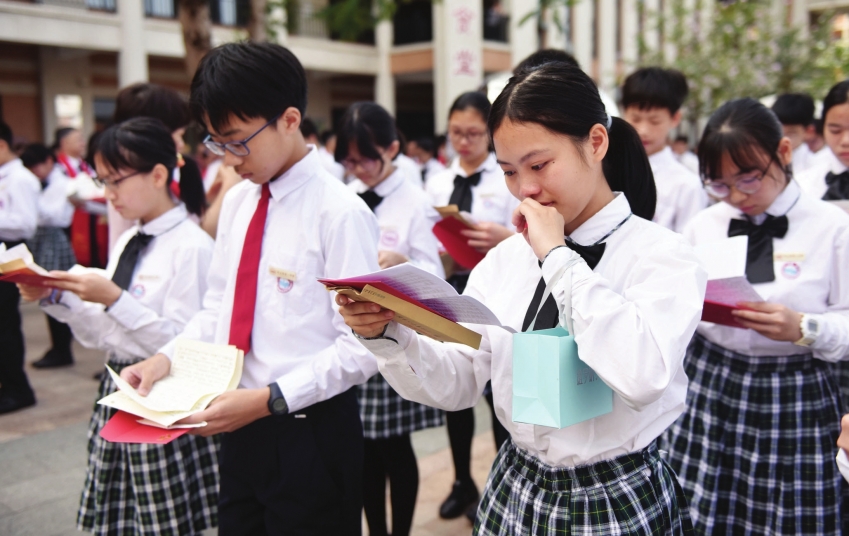 On the morning of March 20, Zhongshan No.1 Middle School held a growth ceremony for over 800 junior grade three students. Many of them were moved to tears after reading letters written by their parents. [Photo by Wen Bo] 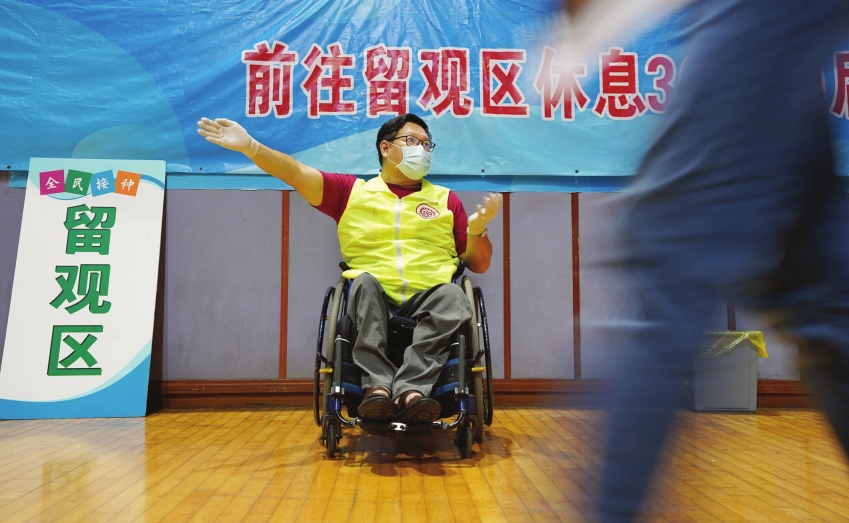 On August 8, a disabled volunteer guided citizens to take vaccination. In August 2021, a large number of Zhongshan citizens went to Xingzhong Stadium to get vaccinated against COVID-19, and many volunteers participated through consultancy, assisting registration, entering information, and giving directions. [Photo by Wen Zhicheng]